11 Curiosities About Bitcoin Everybody Should Know

Bitcoin, one of the most talked about topics last year due to its huge appreciation in a short period, and this year due to its huge drop, has attracted the attention of several entrepreneurs, companies, and news portals. However, in addition to all its value and economy generated, there are curious facts about it that few people know and that cause a relaxation in such a serious topic. That’s why, we at IBC have separated 11 curiosities about Bitcoin that everyone should know. 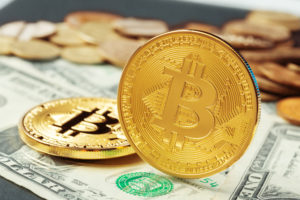 May 22 is Bitcoin Pizza Day.

One of the main curiosities about bitcoin is when we look in the early days of mining, they were essentially useless. People could get them for literally pennies! On May 22, 2010, someone bought a pizza using the digital currency. Two pizzas were exchanged by Papa John’s for 10,000 BTC, this being the first officially documented purchase using BTC. Back then, 10,000 BTC was only worth $41! That’s about $230 million worth today.

2 – Until today, no one has seen the creator of bitcoin

In mid-2008, a developer identified only as Satoshi Nakamoto published a study on the functioning of a virtual market and gave rise to the most famous cryptocurrency in the world. Nakamoto’s identity, however, was never proven.

In 2014, Newsweek magazine claimed to have discovered the real creator. The information generated an uproar, but it ended up not being proven. After that, other names emerged and even who was ready to be the father of the coin. So far, nothing has been proven.

The curious thing is that, in 2015, Nakamoto was nominated for the Nobel Prize in Economics (a nice opportunity to meet him, of course). The nomination came from Bhagwan Chowdhry, a professor at the University of California, but he ended up not taking the prize.

Due to people having curiosities about bitcoin, few months ago rumors began to circulate that Elon Musk, CEO of Tesla, would be the real creator. In a Medium blog post, a former intern at one of Musk’s companies listed facts and characteristics of the millionaire that would prove that he is the true creator of digital currencies.

Shortly thereafter, Tesla’s founder denied the rumor on Twitter. To show his connection to digital currency, he said that a friend gave him a piece of bitcoin at some point, but that he doesn’t even know “where it went.”

3 – The cryptocurrency has already been split twice

Today, in addition to bitcoin itself, there is bitcoincash and bitcoingold. The new versions emerged in August and October of 2017, respectively, after a conflict among community members over choosing a software update. Originally, bitcoin’s design limits the amount of information on its network, in order to protect it from cyberattacks.

The big issue is that this feature limits the currency’s transaction processing capacity, making the time for an operation involving bitcoin to be much longer than, for example, a credit card operation.

The members of the community that “produces” it have not reached a consensus on what would be the best solution. Some started to defend the increase of this limit. Others argued that part of the data should be managed outside the main network, reducing congestion. After many fights, the rival groups decided to go their own way, giving rise to the new coins.

4 – Too many bitcoins have already gone to waste

Since the digital currency was created in 2008, there have been a few cases of people throwing hard drives with their precious bitcoins in the trash.

Welsh resident James Howells was one of them, one of the biggest curiosities about Bitcoin, because after spilling a drink on his computer, Howells took it apart and removed the hard drive. “I kept the hard drive in a drawer for three years and completely forgot about bitcoins,” he said at the time. In 2013, he decided to throw away old IT equipment and the hard drive was one of those that went to waste.

“When I found out what the value of bitcoin was, the chip dropped and I realized that the bitcoins I had “mined” were on the hard drive that I threw away.”

At that time, Howells had 7,500 bitcoins that would now be worth 171 million dollars.

5 – In some of our neighbors, bitcoin is illegal

Since 2014, bitcoin and other virtual currencies are illegal in Bolivia. The country was the first Latin country to ban transactions with “any type of currency that is not issued and controlled by a government or an authorized entity”, as stated in the resolution of the Bolivian Central Bank.

Ecuador followed suit and banned cryptocurrencies. In Venezuela, coins and the act of mining are not illegal, but there are records of miners accused of computer crimes, money laundering and theft of electricity.

6 — Bitcoins Can Take You to Space

Since 2013, spaceflight company Virgin Galactic has accepted bitcoins as a means of payment. Space travel has yet to get off the ground, but twins Cameron and Tyler Winklevoss — known for their lawsuit against Facebook founder Mark Zuckerberg — secured their seats by spending some of their bitcoins.

7 — There is a limit to the “issuance” of bitcoins

Bitcoins are produced in a decentralized way by thousands of computers, maintained by people who “borrow” the ability of their machines to create coins and record all transactions made.

In the process of birthing a bitcoin, called “mining”, computers connected to the network compete with each other in solving mathematical problems. Whoever wins, receives a coin pack.

There is, however, a limit to the creation of new coins. The maximum number of bitcoins created, according to the rules established by Nakamoto, is 21 million. As each cryptocurrency block is generated, on average, every 10 minutes, it should stop being “produced” around the year 2140.

8 — Canada was the first country to have a bitcoin ATM

The first digital currency ATM opened in October 2013 in the city of Vancouver, Canada. The machine, similar to a bank ATM, was manufactured by the American company Robocoin for the exchange of dollars for cryptocurrency. Currently, there are several boxes of this type in the world, including one in Brazil.

9 — The word bitcoin appeared in the dictionary in 2013

The curiosities about bitcoin used to be so big across the United States that Oxford English Dictionary added, in August 2013, the term bitcoin. It has been defined as “A type of digital currency in which encryption techniques are used to regulate the generation of currency units and verify the transfer of funds, operated independently of a central bank”. At the same time, other words related to the universe of technology were added, such as selfies (self-portrait) and emoji (figures of expressions used in messages).

Due to the nature of BTC, there is always talk of banning it. Virtual currency works outside the traditional banking system, which attracts a lot of hostility. However, its design ensures that it cannot be banned but can be regulated. If you have an internet connection and a bitcoin wallet, you can invest in the currency.

That hasn’t stopped many countries from trying to ban it. Bolivia, Thailand, Vietnam and Bangladesh, for example, have already tried. Other, more compliant countries such as Russia, Japan, Australia and Venezuela have made bitcoin legal and regulated. Some countries like India and the US are unclear about bitcoin and have yet to set an official policy on cryptocurrencies.

In short, BTC cannot be buried or pushed away. That’s the real beauty of Bitcoin!

Like money, BTC doesn’t grow on trees. Of course, unlike cash, you will never be able to feel, touch or print Bitcoin.

They are mined on a network called a blockchain, which only exists when a miner finds and locks blocks of bitcoins. Currently, the mining power of the Bitcoin network is 300 times more powerful than the 5 supercomputers in the world combined.

Want to know some of the bleeding edge marketing techniques we use? We offer free crypto and non crypto growth hacks every week!

SEND ME
No, thanks
X