We started as a consulting firm in 2017 and quickly became a leader. We then pivoted to Marketing, then in 2020-21 we merged with WeAreGrowthHackers.com to expand from marketing to Growth Hacking, and the result was well above our wildest expectations.

In 2021-22 we expanded to investing heavily in the space and started incubating and accelerating.

We’ve built a strong reputation and partnerships with all the top VCs and funds in the space. We’ve gained their respect and are known to only bring the best deals to the table, meaning we heavily vet projects before accepting to introduce them to any investors.

We are the ONLY growth hackers in the space, and one of the best marketers. We have years to prove it and multiple case studies to show for it. We hire the best and obsess over the reputation of our clients and our portfolio companies.

We launched ICOs in 2017, STOs in 2018, IEOs in 2020 and now IDOs, IEOs and NFT Projects. We have multiple case studies, and our reputation means any project we get behind will gain from our credibility. We are therefore obliged to heavily vet a project before deciding to have our name as a backer, to us reputation is everything, and we will work with you for as long as it takes to ensure you are successful, well after the launch of the token.

Keys to
the Metaverse

The Metaverse is Already Here

Projects We Are Incubating

Serial founder since 2012 with business in over 30 countries. Partner at International Blockchain Legal. Serial investor and international speaker. Mario stepped down as CEO of IBC in 2020 to lead as the CEO and Co-Founder of NFTtech.com

Koen spent most of his career dedicated to startup growth in the financial markets. In the last 2 years before joining IBC Group, he co-founded a tech company to help VC Funds scale their investment portfolio aggressively.

Started his entrepreneurial journey at the age of 16, founded his first company when he hit 20. Bob is specialized in launching businesses and applying growth techniques to scale them up.

On the other hand, Bob loves creating connections with people and guiding them whenever they need through his acquired life coaching skills & techniques.

Favourite Quote: ” The best way out, is through it! “

Tony is an exploratory example of the next generation in the blockchain space – being the only Generation Z member of the IBC team. A young entrepreneur and investor, Tony distinguish himself with his personable personality, unique and instinctual understanding of strategy, and mastery in game theory.

Our Team and Network

Meet the talented team of people behind our brand

Presence in over 30 countries 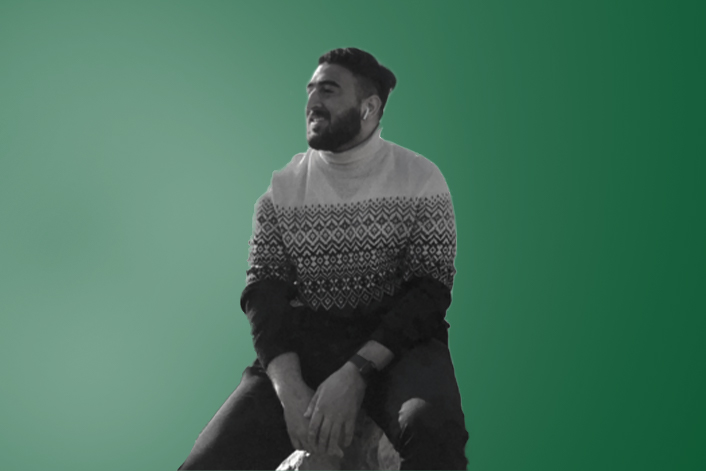 A small-town boy with big city dreams and taking every step to get there. He set his foot into entrepreneurship at 17. Started as a Facebook Ads expert, spent $200k in ad spend for clients in 2 years. Then discovered growth hacking and has been killing it ever since. Today leads the team of 15+ highly skilled growth hackers.
On the flip side, He’s multi-talented in many aspects; an artist, magician/mentalist, a decent sportsperson. Would give away anything for a nice trip to a tropical island with the right people (Loves traveling).
Sigmund Holtz
Chief Sales Officer 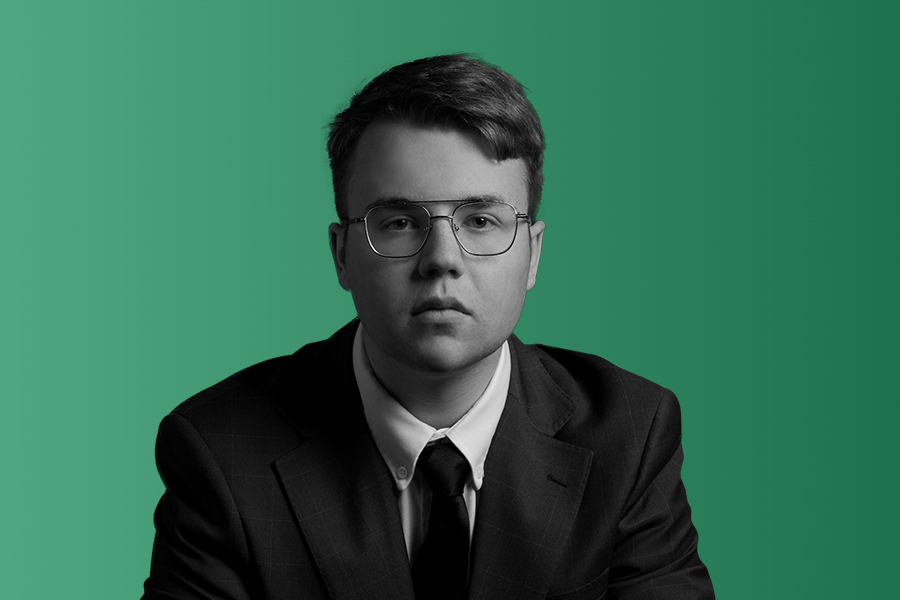 Sigmund is recognized as an international speaker having spoken across North America both competitively and at events/conferences. With a background in Economics and Finance, Sigmund has a strong foundation in both equity and real estate markets. At IBC Group, Sigmund acts as an advisor and key lead in the IDO space along with being the Chief Sales Officer of the company. 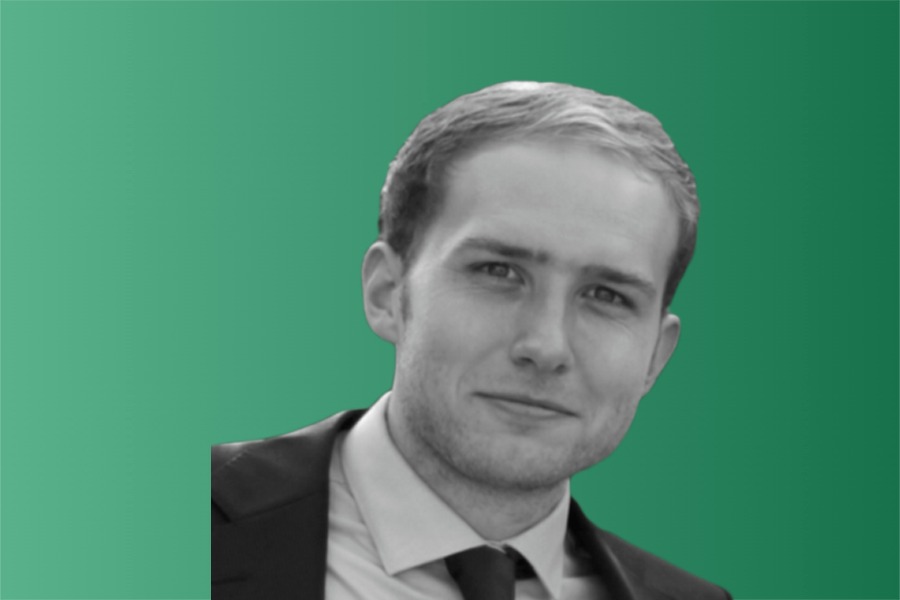 Frank is leading the marketing and delivery team at IBC, ensuring that all client projects are promoted to full effectiveness and success. Having worked in the marketing space for 10 years, Frank has used hundreds of marketing strategies focused on driving brand awareness, conversions and viral effects thanks to a mixture of technology and human psychology.

Frank started as an entrepreneur in the startup world at the age of 17 and has led 2 different agencies. Having advised 200 startups, he understands what defines success at an early stage for technology companies. His main goal is to always deliver the best quality, which always leads to the best results. 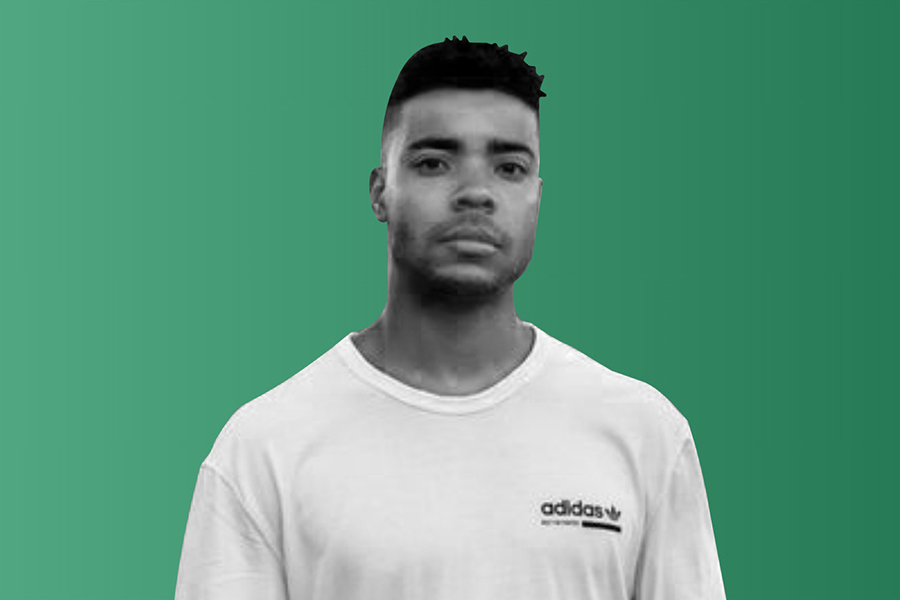 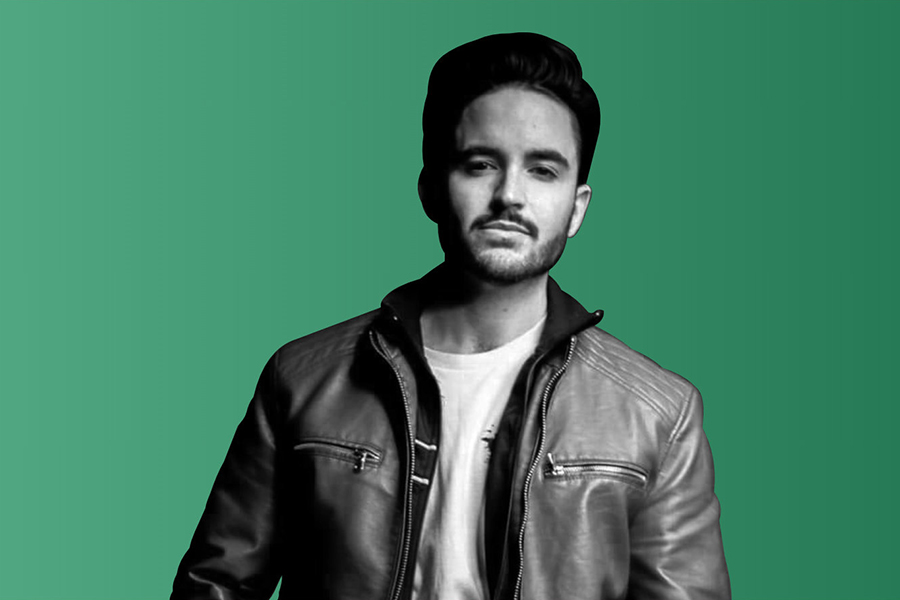 Kalynd is passionate about creative marketing and how it intersects with web3.0. He believes this will be the bridge to take human connections to the next stepping stone. 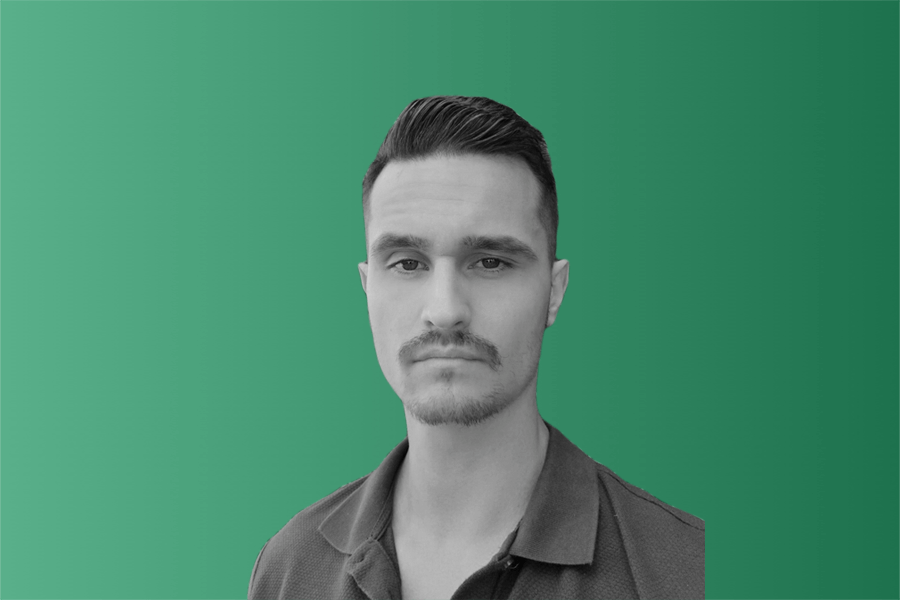 A crypto connoisseur and investor since 2017, a crypto analyst by heart and a firm believer of the disruptive technology of blockchain and the changes that are bound to happen to the current financial status quo. 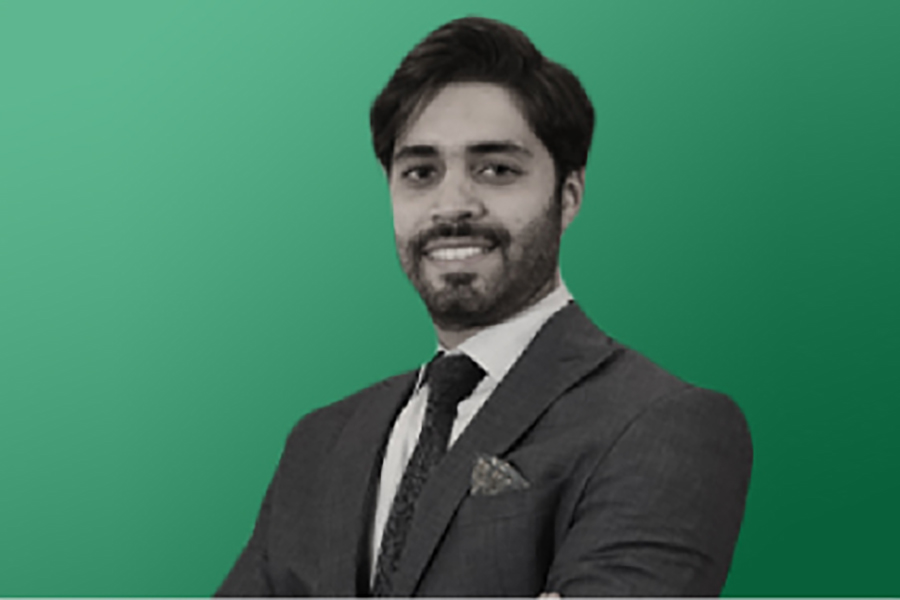 With a strong passion for Finance along with prodigious project management skills, Tarek decided to let go of his career at one of the best banks in the Middle East to join the team as a Financial Manager.

Tarek believes that Blockchain is the next internet revolution so businesses built on Blockchain are definitely the future. 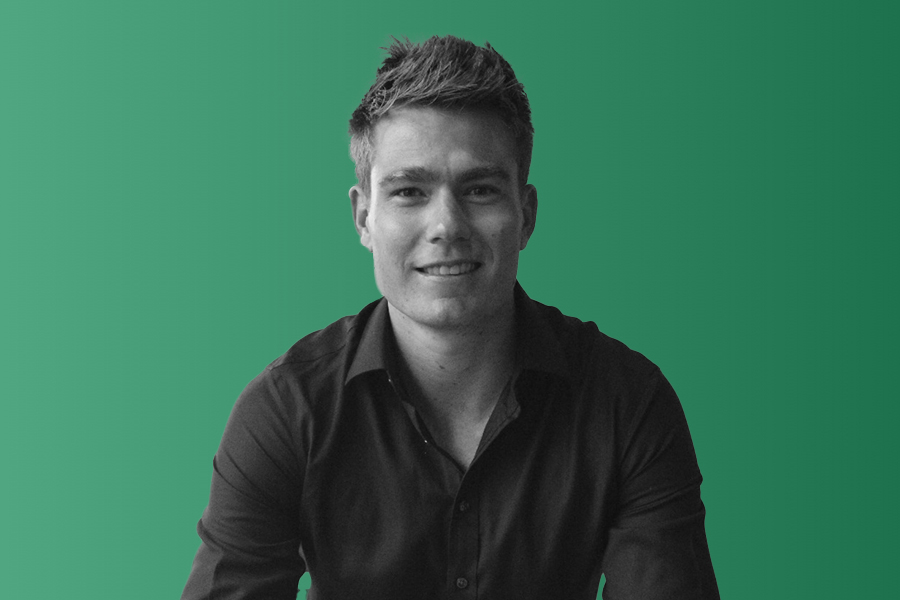 Tom founded his first company at 22, and scaled it to seven figures with 20 team members all without funding. Since then he has taken leadership roles with funded Dubai-based startups. as well as consulting for technology and cryptocurrency companies. At IBC Group Tom heads up Investor Relations and has cultivated a global network of top-tier VCs, Launchpads, and Exchanges. 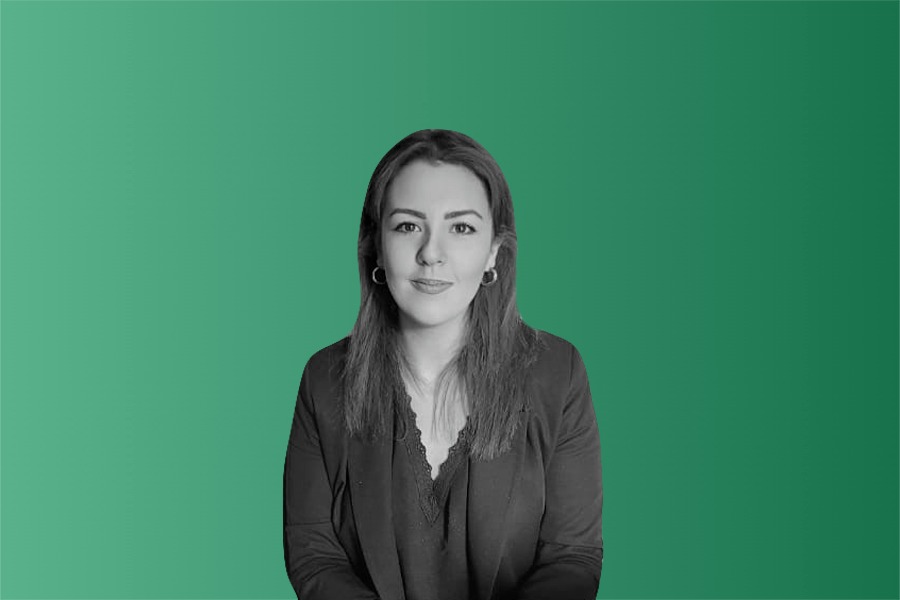 The go to person when you need any information, if she doesn’t know it she’ll know how to get it, Mona is a people person, values first and foremost our client/delivery relationships, and is the perfect image of our company values and ethics.
With a background in architecture and managerial experience she is able to envision the bigger picture and adapt to any new project we take on as forward-looking company. 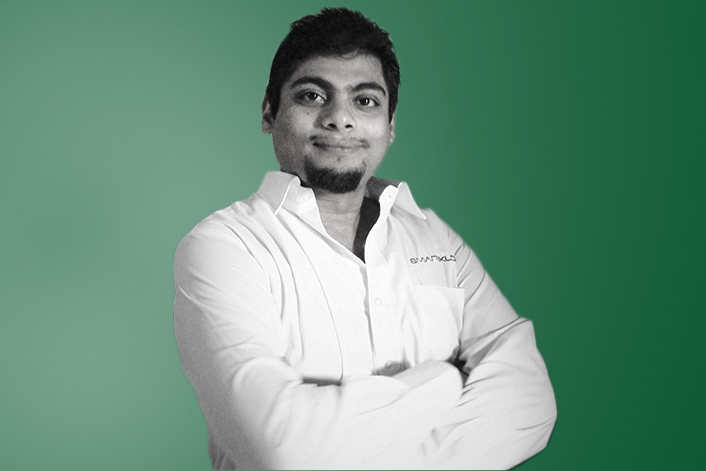 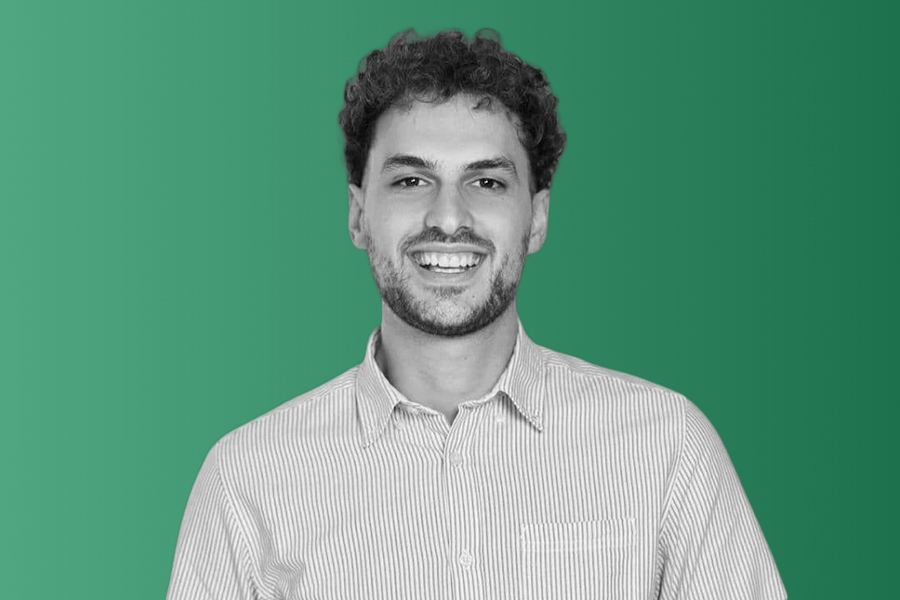 Visar knows how to build and keep strong business relationships. He has more than four years of experience in business development and account management. Visar believes that a positive attitude, listening skills and empathy can take any partnership from good to great. 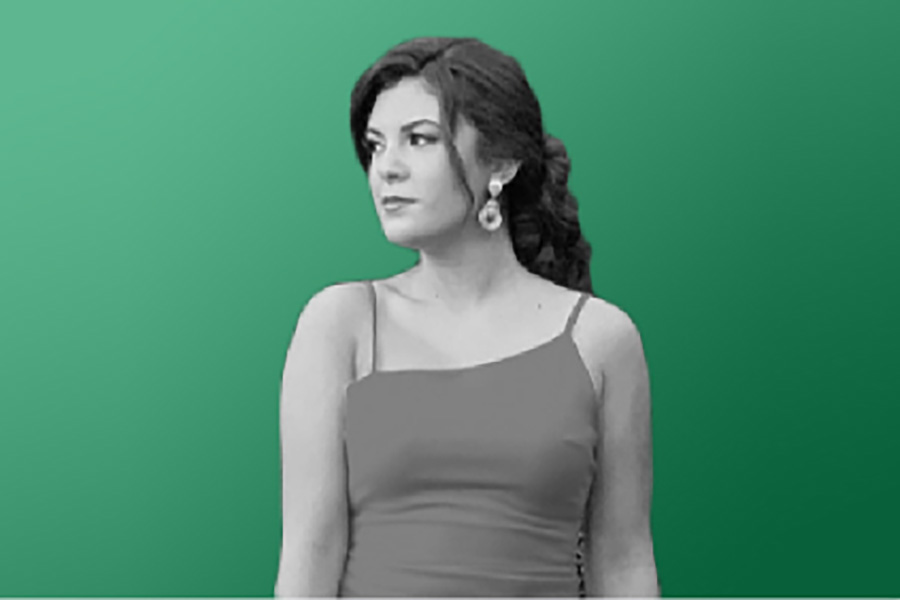 The person that gets things done. Elissa is a marketing graduate and runs the delivery process for most of Mario’s companies. She is one of the most responsible and reliant people you can ever meet. Always pushing the entire team to deliver their best, she is one of the main reasons behind the success of every project the company embarks on. 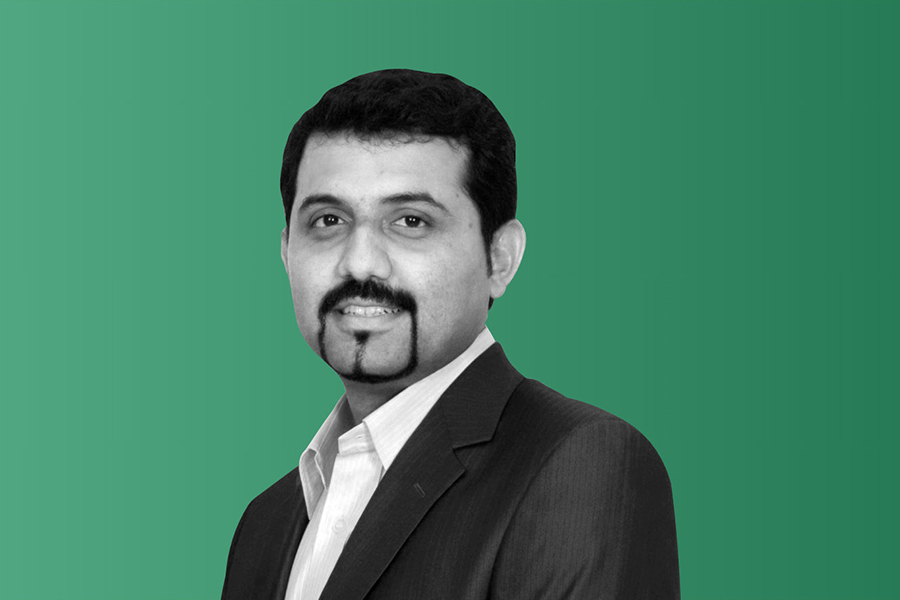 Entrepreneur, Start-up Consultant, Angel Investor, Crypto enthusiast. Prash is an experienced Senior management professional with deep expertise in the areas of Start-up Consulting, Project Management, Centre of Excellence (COE), Six Sigma methodologies, and Business Transformation.
22 years in the Corporate & Consulting space with enough success stories coupled with a fair number of failures to learn from, giving him the well-rounded experience needed to be an enabler of success. 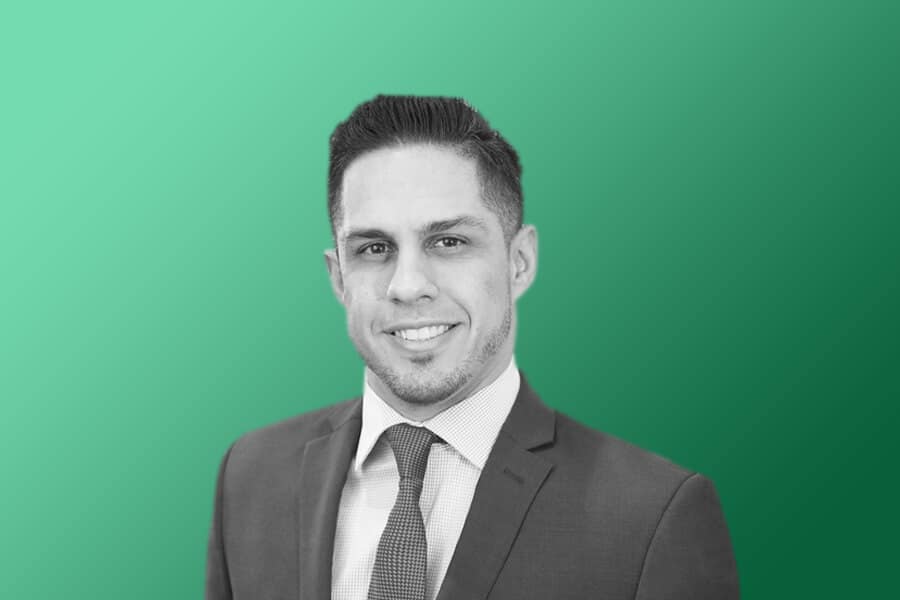 Alexander is an attorney focusing on Blockchain & DLT structuring, Business Transactions, and Capital Formation. He earned his JD & MBA from St. Thomas University, a Master’s degree in finance from Harvard University with certificates from both Harvard Law School & Harvard Business School, and his BBA from Florida International University. He is licensed to practice law in both Massachusetts and Florida. Alexander has experience with multiple tech startups, as a founder and/or general counsel in the areas of legal-tech platforms, entertainment firms, and employment staffing firms. He is also the President of Massachusetts Association of Hispanic Attorneys, served as a Vice President of the Harvard Graduate Council, and regularly speaks on panels regarding policy, advocacy, and innovation.

Energetic, self-starting contributor with a passion for service excellence, and a drive to achieve flawless execution in a fast paced, dynamic environment. A demonstrated leader who directs the enterprise towards high performance, and operates from a solid sense of accountability, sound judgement, and a high standard of personal ethics. Poised and resilient under pressure, extremely detail-oriented, a tech-savvy value contributor with a dedicated, results- driven mindset and the powerful ability to outmaneuver seemingly unbeatable obstacles. Thrives in ambiguity, effortlessly shift gears and is a true force-multiplier.

I am in charge of the Podcasts and Influencers Outreach services; I communicate with external parties and ensure a smooth experience on both ends. I Make sure that the services are being delivered properly and the deadlines are met accordingly.
In addition, I proofread and revise all written articles before releasing them. I write friendly quora answers for all projects. I am also in charge of optimizing YouTube videos and other relevant tasks.

Rayan has a huge passion for crypto with a background in computer science. She is a very driven and reliable person especially when it comes to leading a group of people. She also has great communication skills particularly in building relationships with potential leads, clients and long term partners.

Joey is an enthusiastic team member, with an experience of 7 years in education and management. With a BA in Business Management and a Master’s Degree in Sustainability Leadership, she acquired exceptional leadership skills that helped her become a Project Manager at IBC. Her motto is to work smarter, not harder.

Sarah serves as an executive business administrator, and prides herself on her ability to communicate with various stakeholders. With a background in English and East Asian Studies, Sarah is dedicated to aiding IBC’s many international clients.